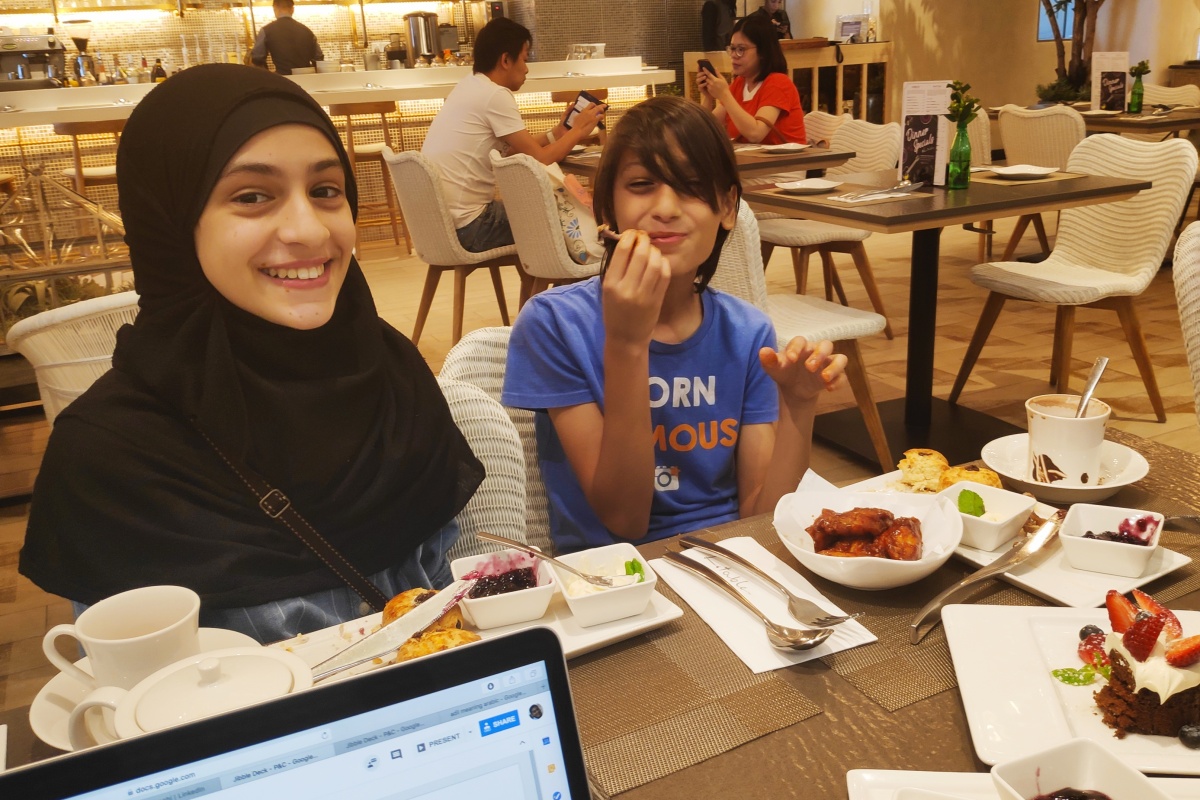 The two elder kids, Danyal (soon 12) and Maryam (14), have been chilling out for a few months now. After their fairly intense few months of doing Mathematics we’re encouraging them to spend more time with friends, bring them back up to speed with their languages, and let them get on with coding in Python.

Yesterday, I started thinking they’ve been chilling long enough, so I came up with the idea that they might as well start a tech startup now, rather than in a few years as previously planned. I explained to them that they’d enjoy it, will learn tons on the way, and if it does well it could sort them out financially for life – possibly by their mid-teens – which is a little hard for a soon-to-be 12 year old to quite grasp!

But both were immediately sold on the idea.

We agree they will try to do all the coding for this app themselves. They’ve learned Mathematics A-level themselves, I told them, so they can do this.

So, since we came to that decision yesterday morning the kids have indeed been coding with much higher levels of intensively – I guess that purpose for coding is now there.

I’ve suggested they build an attendance app for schools, as I know there is a pretty big demand for that kind of product, and their social media presence will help with publicity (Maryam has 7k followers on Quora), and they’re up for it. It’s just an idea, we’ll explore others ideas.

So, Maryam will be the CEO, Danyal the CTO, each will own half the equity.

Their studies are over. But their education is getting going.

9 thoughts on “The next thing…”