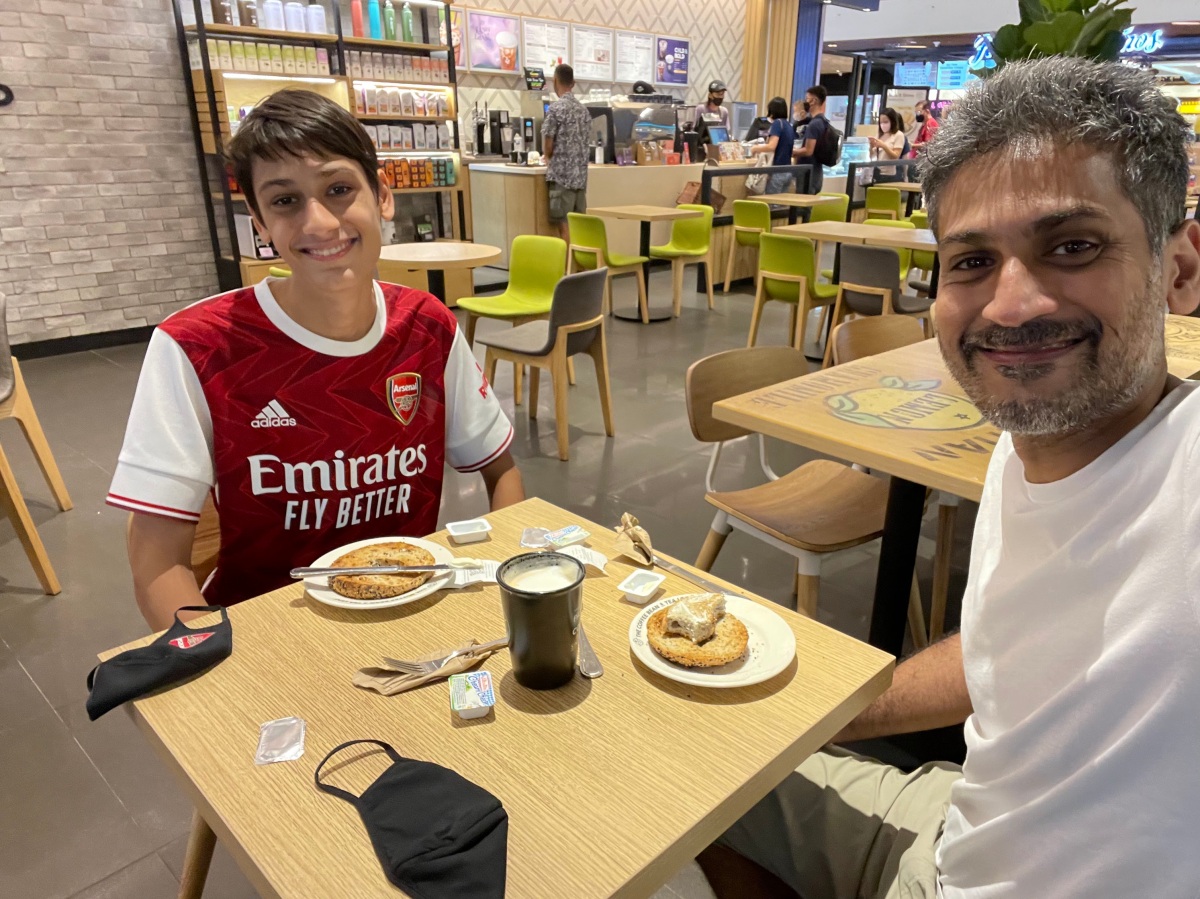 I reckon we’ve been blessed to get it pretty much spot on with Danyal. So, for those of you new to this blog, Danyal finished his A-levels, the UK exams for 18-year-olds, when he was 11 with two A-grades in Maths and Physics. By freeing himself from the rigid structure of the school syllabus so early, it allowed him to explore his passions.

Alright, so he bummed around for a year and eventually found a passion for coding. A year later, he asked to work for free at Jibble and got in. Sure, I’m the CEO of Jibble, he’s my son, it all sounds very nepotistic, but he got the job on his own merits. I mean, why would we refuse someone who finished his A-levels aged 12 and agreed to work for free? And BTW we made sure we broke no child labour laws!!!

Danyal is now a junior-to-mid level coder, he also does some product management, he built an Indonesia payroll app in his spare time, and aged 15, he’s financially independent. He is learning or fluent in 6 languages, he’s also had the time to play a TON of football, so plays club-level U18 football and is also the U16 captain.

By focusing on his passions so early he’s been able to develop them when he’s young and hungry. Given he’s got 3+ years of full-time (and passionate) coding experience and is the youngest person ever to have achieved an A in a Physics A-level, he’s got a very good chance of getting a graduate job as a developer at the likes of Facebook, Google, Tesla. He’s also in a great position to start a business as tech businesses are built on code.

Software engineering is incredibly meritocratic – I mean, we at Jibble don’t even look at degrees for our software engineer applicants, we just check out their code – and it’s a great career for those who don’t want to spend years getting degrees. Further, most coders really enjoy their work because they’re building stuff and solving problems, it’s challenging and rewarding, it can be done remotely which means flexibility, and it’s well-paid.

Listen, if your kid isn’t doing well at school, they’re not giving it their all, they’re not studying with passion, then school is a big waste of time. If one doesn’t give it their all in whatever they do they may as well not bother, that’s my own rule of life. Then encourage them to code or learn softer skills such as product design or simply understand products such as Salesforce, and if they like it, which they probably will, pull them out of school and let them loose. Within a couple of years of gaining USEFUL skills that employers value, they’ll probably get a decent graduate-level job – a far more direct route than two years of exams to get into university and around four years at university.

Yes, Danyal has no plans on doing a degree – in the world of technology they don’t have the value they once did. He just loves his life of coding, football, football, and football. With no more exam stress, plenty of money, and more options than any graduate I know, I think he’s in a good place.